Steelers scout Bill Nunn Jr. was gracious about spending time with me over the past few years. Actually, he wasn’t. Not always. Often, he wanted to know why I cared so much about his story. His personal story.

My answer was always the same: Because he lived such an interesting life. He lived an eternity before the Steelers ever discovered him. Grew up with famous black entertainers and athletes coming to his home. Starred at Westinghouse High School and West Virginia State University — next to the first black men in the NBA.

Nunn had a shot at breaking that barrier too. But in a move that only made me love him more, he chose newspapers over professional basketball. Sure, it was a different time. But still. An ink wretch. Like me.

The rest of the story Steelers fans know. Here’s my take on the man who died Tuesday. He witnessed history — and made it. 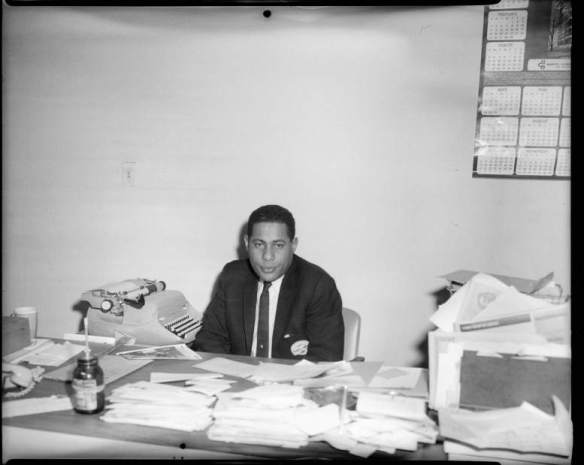 Bill Nunn Jr., a black sports reporter for The Pittsburgh Courier, still could not sit in the press box at Forbes Field three years after Jackie Robinson started for the Brooklyn Dodgers.

But on a May night in 1950, the white members of the Baseball Writers Association of America finally relented: He could sit with them when a team with a black player came to town. The Pirates remained all-white.

“Strangely enough, upon entering the press box Tuesday night, no brass band struck up, ‘Hail, Hail, the Gang’s All Here’…” Nunn wrote that week. “Believe it or not, the seats didn’t catch on fire when I sat down. Actually no fanfare was involved. That’s the way it should have been.”

Later, as a scout for the Pittsburgh Steelers in the late 1960s, Nunn identified and made connections with players from historically black colleges and universities who helped build the Pittsburgh Steelers’ Super Bowl teams. Throughout his life, Nunn played an often unceremonial role in breaking down racial barriers across sports and in American life.