You never know how it’s going to turn out when you invite 250 people to a party. But #Burgh @ Point Park ended up drawing an overflow crowd, generating lively discussion about social media and even trending on Twitter. The best part is that our students at the Point Park News Service really drove this event — giving it inspiration and pulling off its flawless delivery.

We brought in Sree Sreenivasan, the digital director at the Metropolitan Museum of Art in New York. Sree had been my journalism professor at Columbia University, but it wasn’t even my idea to have him as our featured speaker. Graduate assistant Laura Jennings had been admiring Sree’s work from afar and thought he would lead a stimulating event. She was right.

Sree condensed his first Pittsburgh moments into a single tweet.

When I talked with Sree, he challenged me to make this event about more than just him. We broadened the scope and ended up with a wide-ranging panel of people representing the media, marketing, sports and the arts. We had former Steelers quarterback Charlie Batch, Trib sports columnist Rob Rossi, local NPR Morning Edition host Josh Raulerson and representatives from the Warhol Museum, Pittsburgh Ballet Theatre, Black-n-Gold Girls fan club and Smith Bros. marketing agency.

My favorite review of Sree’s participation in the event: “…it’s not possible to condense all of his knowledge.” That’s the truth. 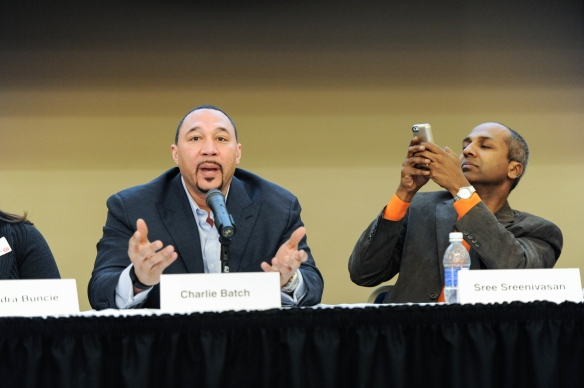 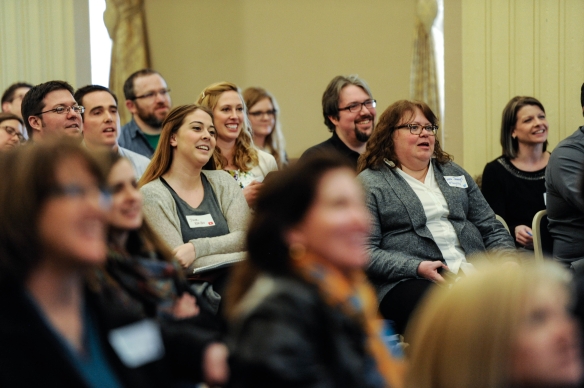 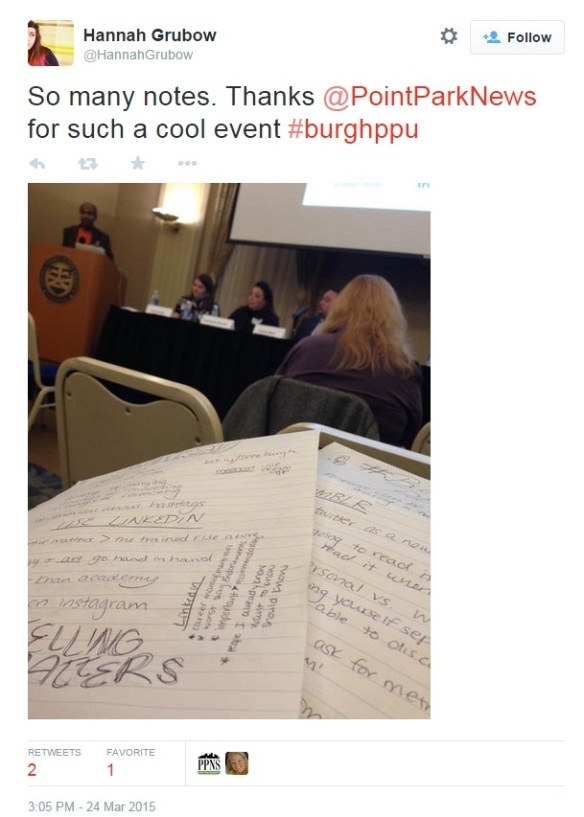