I always drink water straight from the tap. But lately I’ve been wondering whether that’s such a good idea. A recent event at Point Park University confirmed that I have good reason to be concerned.

We hosted a discussion on March 15 to mark the university’s new partnership with the Heinz Endowments on an environmental journalism program. This is an initiative I brought to Point Park after Heinz expressed an interest in helping us prepare students to cover environmental topics. 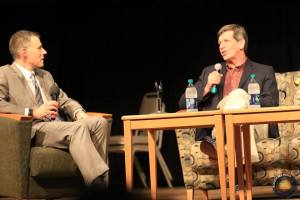 For the kickoff, we invited Curt Guyette, an investigative reporter for the ACLU in Michigan. I know, right? He’s the only one in that position, under a Ford Foundation grant to examine Michigan’s emergency manager law. He has been the lead reporter on uncovering the water crisis in Flint, Mich. Based on his reporting, you really can’t tell who to trust when it comes to the quality of water flowing out of your faucet.

After I led Curt through a Q&A on stage, we convened a panel that included Kathy Knauer from The Allegheny Front, Myron Arnowitt, state director of Clean Water Action, and Brentin Mock, reporter for The Atlantic’s CityLab.com. 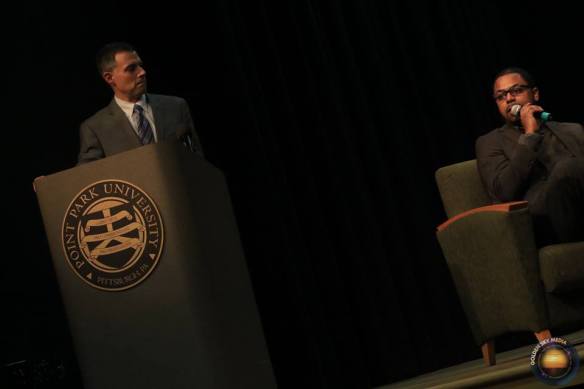