We celebrated the CMI’s one-year anniversary by focusing on #MediaPioneers who are doing something truly new and different. The disruption that has run through the media industry has caused a lot of pain and caused all of us to rethink how we value news and access it. But it also has created opportunities that never existed before. For my latest media column, I focused on some of these people who are doing truly exciting work – and starting figure out ways to pay their bills. 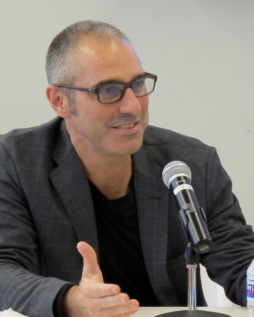 Frank Murgia, executive producer at the Pittsburgh Podcast Network, discusses the YaJagoff podcast and how it’s starting to make money.

“YaJagoff” can express exasperation or endearment, as any Pittsburgher knows. But John Chamberlin also sees it as his brand.

He hosts the YaJagoff Podcast , and as the name implies, he focuses on all things “yinzer,” from pierogies to basement potties. It is one of five core offerings from the Pittsburgh Podcast Network, which has started making money in its fourth year, executive producer Frank Murgia recently told me.

“It finally feels like it’s a real thing and we’re starting to see opportunities,” he said.

Recent years’ disruption that has shaken news companies also has produced media pioneers. Large outlets are becoming nimble by experimenting with innovative platforms and content. Startups are redefining the industry with concepts no one has tried. This energy creates opportunities for older journalists seeking to rediscover the craft and for students who want to engage in storytelling and try something new. Read more…