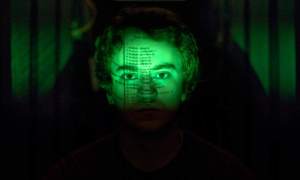 Cyber Rattling
Thirty years after a young hacker played by Matthew Broderick nearly triggered a nuclear war in the movie “WarGames,” fears of malicious computer attackers causing real-world destruction are an everyday reality.
Online attacks, such as those recently aimed at U.S. banks and the Federal Reserve, represent a new front in wars fought with computer keystrokes rather than weapons. Costly to the banks, the attacks merely annoyed customers who could not access their accounts online. Future strikes, top military experts warn, could be destructive – even deadly – targeting nuclear power plants, public water systems, railways, air traffic control and hospitals. 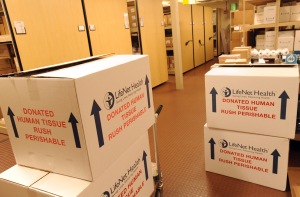 Donor Dilemma
A Tribune-Review investigation of the nation’s independent organ procurement organizations, or OPOs, reveals a lucrative trade with little financial oversight.
The newspaper found 51 of the nonprofits collected revenue of $1.2 billion and recovered more than 80,000 body parts. Many organ procurement organizations post revenue surpluses each year and top executives average $320,000 in total compensation with some making more than $800,000, according to 2011 federal filings and tax documents.
TheTrib also examined a new practice among recovery organizations to retrieve organs at their own surgical facilities rather than in traditional hospitals so they can keep control of costs and money.

Shadow Economy
More than half the world’s money passes almost undetected through a series of financial black holes that shelter it from not only the tax collector but from shareholders, partners and wives, a Tribune-Review investigation found.
Once employed by gangsters such as Meyer Lansky and Lucky Luciano, these secret bank accounts have grown so vast and lawless that some experts tell the Trib they fear the amount of money involved threatens societies from China to Africa, Europe and the United States. World leaders railed against the impact of secret havens during the G20 summit in Pittsburgh three years ago.

— What they’re saying: Scripps Howard Foundation, “From Pittsburgh, Pa., to Bonny Island, Africa, tax havens protect trillions of dollars. This series employed deep and broad research to show the ease of hiding money in off-shore accounts, so easy in fact, your suburban next door neighbor could be harboring money from the government. In an innovative twist, for less than a thousand dollars these reporters set up their own shell company and bank account in Belize, a ‘tax haven.'” Winner, Scripps Howard Foundation’s William Brewster Styles Award for business/economics reporting; winner, Pennsylvania Institute of Certified Public Accountants; best enterprise/investigative series and Ray Sprigle Memorial Award, Press Club of Western Pennsylvania. 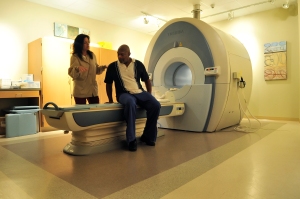 Code Green: Bleeding Dollars
Hospitals and doctors make more money by aggressively treating terminal patients than by keeping them free of pain and letting them die with dignity. Some doctors derisively call the practice “flogging” — as in, beating a dead horse.
Medicare, which paid most of Massco’s bills and is the nation’s largest health insurance program, spends about $113 billion a year, or a quarter of its budget for people 65 and older, to treat patients during the last year of their lives. As lawmakers argue about ways to cut costs, many experts say the government wastes billions of dollars on unnecessary care for dying patients.

— What they’re saying: USC Annenberg, Reporting on Health, “I was impressed by the ambition of the series in educating the public about some pretty wonky health policy topics, its national focus (the reporters compared Pennsylvania’s experience to other states’), and an accessible interactive graphic detailing the series’ findings.” Finalist, consumer reporting, Association of Health Care Journalists; Best health/science series and Ray Sprigle Memorial Award, Press Club of Western Pennsylvania. 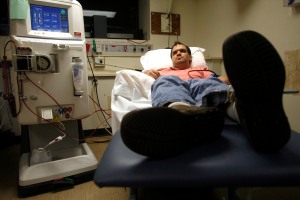 Failure to Inform
The failure of doctors at dialysis clinics to inform thousands of patients about kidney transplantation may be shortening lives and costing taxpayers millions of dollars a year, a Tribune-Review investigation found.
Kidney transplantation adds an average of 10 years to a patient’s life, and a new kidney costs the federal Medicare program $50,000 less per patient than conventional dialysis.
Yet, thousands of patients started dialysis without hearing about transplant options. Some spend as long as five years on the debilitating treatments before they are placed on the nation’s transplant wait list, while others who would benefit from the surgery are not even on the list.

— What they’re saying: Kaiser Health News; Investigative Reporters & Editors; Association of Health Care Journalists: “…reporters bring everything together by showing that informing a patient of the possibility of the transplant and getting them on a waiting list is key to ensuring their continuing health.” Best enterprise/Investigative series and Ray Sprigle Memorial Award, Press Club of Western Pennsylvania. 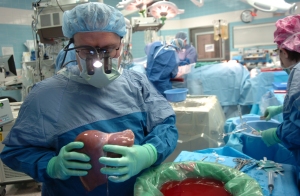 Transplanting Too Soon
Hundreds of patients each year undergo liver transplants when they don’t need them, and possibly never will, a four-month Pittsburgh Tribune-Review investigation found.
One in 10 of those patients dies when they could have lived longer without the transplant. The rest – all at the rock-bottom of waiting lists – must resign themselves to an early battle with the burdensome risks of anti-rejection drugs and complications that can follow: infections, cancers, kidney damage, and high blood sugar.
What’s worse, a third of those patients get the worst available livers, organs sometimes rejected by surgeons for thousands of sicker patients across the country.

— What they’re saying: Association of Health Care Journalists, “The Pittsburgh Tribune-Review‘s account of the growing use of inferior livers for transplant was a tour de force on several fronts: it broke news, explaining how changes in policy had opened the floodgates for inferior liver use; it made a powerful case that hundreds of people each year may be getting organs they either don’t need or that may make them sicker; it had immediate impact on the practice of medicine – both in Pittsburgh, and nationally.” Best enterprise/Investigative series and Ray Sprigle Memorial Award, Press Club of Western Pennsylvania.