A fountain showing Andy Warhol holding an umbrella with water pouring from its spokes stands in Slovakia where statues of Soviet leaders Lenin and Stalin once ruled. By Andrew Conte

Lived right, a reporter’s life can be filled with many interesting characters. One of the favorites from my life has died. Paul Warhola had a fascinating perspective that pulled from the experiences of his more famous brother, Andy Warhol, but that had its own unique bent.

Visiting his farm house in Smock, an hour south of Pittsburgh, I would hear tales, like the one about how Andy tried giving Paul artwork — but he instead had taken his brother’s cases of Crown Royal whiskey. I once asked about a poster tacked to the bathroom door, showing one of Andy’s paintings from his flowers series. Paul had owned the original but sold it. Now he had the poster — and some untold sum of money. Paul still had a series of Andy’s early drawings. He had been using them to block the windows in his garage but now wanted to sell them too.

I sought out Paul initially because of his famous brother, but eventually I came to see him as a friend. Paul had an eye for finding value in the things the rest of us throw away. One time I discovered him removing precious metals from discarded computer parts. He had nearly filled an industrial drum with them. And he had a generous spirit, making sure I always left with some gift. My son, now at 14, still refuses to give up the toy truck and the sailboat that Paul gave him. They had been scavenged from some junk pile, but Paul conferred new and enduring life to them.

Slovakia’s Andy Warhol museum features works by the artist and his brother. Paul Warhola copied his brother’s commercial style but added a unique mark with stamps of chicken feet. This photo shows me with the museum’s directors.

When I traveled to Slovakia for a story in 2003 and planned to visit the Andy Warhol museum there, Paul helped me make the contacts. Then when it was time to leave, he gave me an envelope of cash for the administrators at the struggling museum. They were grateful for the support.

More than anything, I will remember Paul for his ability to make life always interesting — finding joy, art, treasure and friendship in the places that others miss. 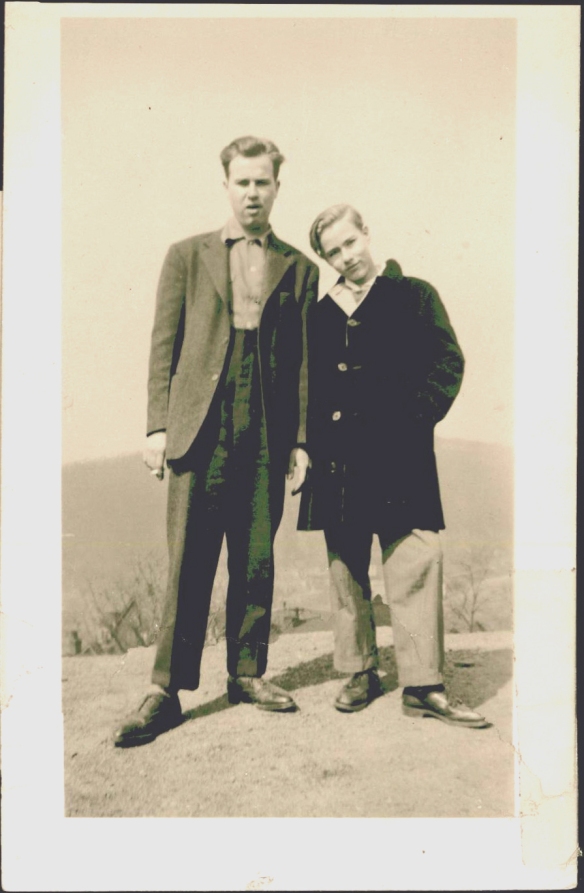 Paul Warhola with his brother Andy.