In truly one of the highlights of my career, The New Pittsburgh Courier asked me to write a short column about Bill Nunn Jr. and why I wrote about him in The Color of Sundays. It’s in this week’s edition. We’re excited to see Nunn get inducted this weekend into the Steelers’ Hall of Honor. 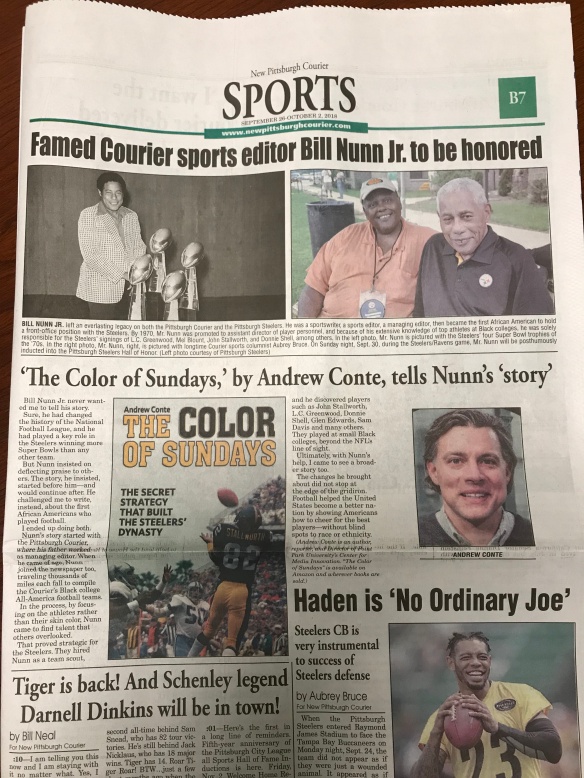 Martha Rial, the freelance photographer who won a Pulitzer Prize with the Post-Gazette, mentioned to me recently that someone had taken one of her most famous photos – again. That tip led to this column about what it means to own an image in the digital age. When the military in Myanmar used and misappropriated Martha’s photo for a propaganda campaign this summer, something truly surprising happened… You can find the full story at NEXTpittsburgh. 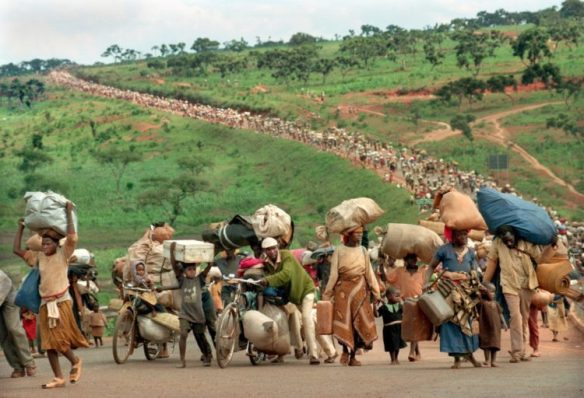 Rwandan Hutu refugees with as many possesions as they can carry trudge along the tarmac near Benaco Junction after being turned back by Tanzania soldiers after they tried to flee deeper into Tanzania. Several of the refugees said they would walk all thw way to Kenya or Malawi just so they could avoid returning to Rwanda. PG Photo by Martha Rial Dec. 1996